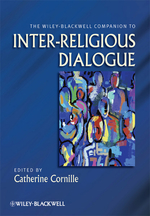 In recent decades, the notion of dialogue has become increasingly common in describing the proper relationship between religions. Rather than competing with one another over territories, converts, or claims, religions have generally come to adopt a more conciliatory and constructive attitude toward one another, collaborating in social projects and exchanging views on common religious questions. This uniquely comprehensive volume brings together a distinguished editorial team, including some of the fields pioneers, to explore the aims, practice, and historical context of inter-religious dialogue. It explores the links between a multitude of faiths around the world, from Shinto to Mormonism, separated either by geography or by their disparate ideas and practices.The Companion examines a range of broad developments and issues including the history of dialogue, its pre-conditions, the relationship between dialogue and social action, and peace-building. It combines this with a range of specific case studies exploring interactions between faiths. These faith-groups include Christians and Confucians, Muslims and the adherents of Africas diverse faiths, and Jews and Hindus, amongst others. Including up-to-date commentary on the growing engagement in recent years, it explores in full the important channels of communication now open between the scholars and practitioners of the worlds religions.