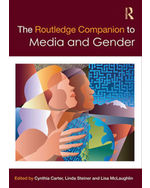 The Routledge Companion to Media and Gender offers a comprehensive examination of media and gender studies, charting its histories, investigating ongoing controversies, and assessing future trends. The 59 chapters in this volume, written by leading researchers from around the world, provide scholars and students with an engaging and authoritative survey of current thinking in media and gender research.