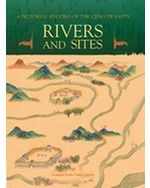 A Pictorial Record of the Qing Dynasty: Rivers and Sites (eBook), 1st Edition

China was an agrarian society during medieval times, and harnessing rivers played an important role in sustaining social development. A Compendium on Harnessing Rivers, which was completed in the 42nd year of Emperor Kangxi's reign (1703), contains a large number of valuable pictures compiled and edited by Zhang Penghe, the governor-general in charge of rivers. The book also contains maps of various rivers drawn by anonymous artists. They record the vicissitudes of rivers and areas along the banks while at the same time realistically tracing the shapes of city walls, places of historical interest, and beauty spots along the rivers.

In addition, there are three maps of historical interest: Maps of His Majesty's Temporary Dwelling Palaces on His Return Journey, Maps of Dagu Batteries, and Illustrations of Wendeng, Weihai, and Other Historical Sites. 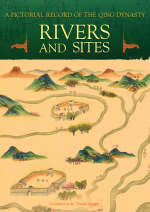 A Pictorial Record of the Qing Dynasty: Rivers and Sites