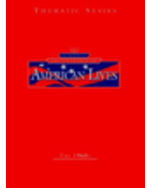 This volume includes 500 biographies of Americans -- from the artists and writers to the politicians and military figures, the reformers and the criminals -- who flourished during the tumultuous 1960s. Rather than focusing on a subject's entire life, more detail is placed on events in the life and contributions of the biographee. In addition, the volume is arranged in a handy A-Z format and includes an occupational subject list and comprehensive index.

"The Scribner Encyclopedia of American Lives: The 1960s (SEAL 1960s) is the second in the SEAL Thematic Series dedicated to a specific topic or chronological period in the U.S. history. While SEAL, which is the continuation of the Dictionary of American Biography, covers those who are deceased, the Thematic Series include both living and deceased Americans. The two alphabetically arranged volumes in SEAL 1960s contain biographical sketches, usually between 1,000 and 2,000 words, of 647 figures who 'define the decade, or who were influential at the time.' ... The signed entries, written by scholars, begin with a brief summary of the person's chronology and important accomplishments. This if followed by a narrative of the subject's life; the focus is specifically on activities during the 1960s, although other key points are also mentioned. In many cases, a black-and-white photograph accompanies the narrative, which concludes with an assessment of the subject's overall contribution and a brief bibliography listing a few key sources. ...There is little overlap between coverage here and in other components of SEAL, though some like Joe Namath or Richard Nixon will appear in more than one volume. In these cases, the entries for SEAL 1960s are newly written, Both an occupations index and an alphabetical list of subjects at the back of volume 2 cover the main SEAL series and thematic subsets. Recommended for all high-school, public, and academic libraries wanting complete SEAL coverage or libraries wanting to supplement their collection of 1960s resources with a purely biographical approach." -- Booklist (June 2003)

"This work is the second in the thematic series by Scribner that supplements the Scribner Encyclopedia of American Lives (SEAL) series (Scribner, Vols. 1-6, 1998-2003), which in turn supplements the Dictionary of American Biography (Scribner, 1928-1996). Both of the latter series provide in-depth coverage of deceased historical figures. SEAL on the other hand, includes biographies on both living and deceased individuals representative of a crucial topic or time period. ...While the preponderance of figures listed are American, individuals of other nationalities who had long periods of residence in the US or who significantly influenced American life and culture are included. ... The format follows those of the other SEAL series with entries beginning with a paragraph highlighting the subject's most important achievements. Entries are signed by their authors, arranged alphabetically, and generally accompanied by a photograph. ... SEAL: The 1960s serves as an excellent supplement to resources such as this [Gale's American Decades], by focusing on the unique contributions of these individuals to this time period. Large reference collections collecting comprehensively in biographical sources will want to purchase this title." -- Reference and User Services Quarterly (Fall 2003)

"This well-produced two-volume work is the second in Scribner's "Thematic Series" (the first was Sports Figures, CH, Sep'02) related to The Scribner Encyclopedia of American Lives (SEAL). Reference librarians will recall that the main SEAL series continues the Supplements to Dictionary of American Biography and consists of compiled biographies of "notable Americans who died" at successive intervals. The "Thematic Series" includes notable figures living or dead. The 1960s includes articles about 647 Americans who played a major role in that decade--politicians, writers, entertainers, artists, musicians, educators, sports stars, inventors, business leaders, and more. The back matter includes the cumulative "Occupations Index" covering persons in the present volumes and in earlier SEAL volumes. Each of the original biographical essays in The 1960s, similar in format those in the main SEAL series, ends with a paragraph suggesting additional sources. The 1960s should be useful in colleges and universities where that decade is offered as a course, but it can also be recommended for libraries where biographical reference is collected comprehensively. Smaller libraries may postpone this purchase, especially if they hold a run of Current Biography Yearbook. Summing Up: Recommended. General and academic collections." -- Choice (June 2003)

"A comprehensive, two-volume work that is arranged alphabetically and contains 647 biographies. O'Neill, a prominent social historian, has brought together 201 contributors, including biographers writing about their own subjects, historians, journalists, scholars in other fields, attorneys, and freelance writers. ... O'Neill's criteria for inclusion in SEAL: 1960s is broad. Figures who helped define the decade or "in some other way are connected to it in the public mind" qualify (p. viii). ... The comprehensiveness of SEAL: The 1960s is quite successful. From Buffy Sainte-Marie to Curtis Emerson LeMay, Eldridge Cleaver to Paul Samuelson, Linus Carl Pauling to Bella Abzug, the entries are wide-ranging and of very high quality, each accompanied by a photograph and bibliography. The overwhelming majority of the photographs are appropriate; some even have the capacity to startle, such as the lithe, muscular Abbie Hoffman, but the one of the Beach Boys with beards was probably taken in the 1970s and seems inappropriate (many of the photographs are not dated). One could carp about the omission of such important figures as Saul Alinsky, Robert Coles, A. J. Muste, Dave von Ronk, Michael Walzer, and Richard Wright, but as O'Neill admits, the selection was difficult and other informed readers might have chosen differently. These minor quibbles aside, SEAL: The 1960s is a delight and will become an indispensable resource for biographical information about the 1960s. -- ARBA (January 2003)

"Another entry in the Scribner Encyclopedia Thematic Series, this two-volume set covers important personages of the 1960s. Articles for the 647 entries range from 1,000 to 2,000 words and include Americans from every race, socio-economic group, class and region. Each person profiled has birth and death dates and places (as appropriate) and most entries have "see also" references at the end that may help students find additional information. Entries are signed by scholars and most have a photograph. An occupations index and alphabetical index can be found in the second volume. While the print is small and the photographs are black-and-white, students who are looking for a little information about a great many people, some of whom will not necessarily be found in encyclopedias, will be pleased to locate this set. The occupations index will also help them identify persons in specific vocations, which is helpful if the freshman assignment to research a profession includes finding out about someone who is in that profession. Furthermore, the title is helpful for social studies classes that may study U.S. history decade by decade. Recommended." -- Blanche Woolls and David Loertscher's online Reference for Students (May 2003)

"This impressive although expensive resource provides more than six hundred biographical sketches of persons who shaped the decade. It is obvious that the creators went to great lengths to choose subjects whose contributions and backgrounds were of an incredibly diverse nature. Students will find a little of everything here, from well-known personalities such as Muhammad Ali to lesser-known individuals such as automotive civil rights activist Walter P. Ruether, who actually has a library named after him in Michigan but about whom this reviewer had not know until now. ... This set would be a popular source for school reports with teens of all ages; however, the high price tag for so narrow a topic will probably render it a purchase only for larger school and public libraries." -- VOYA (August 2003) 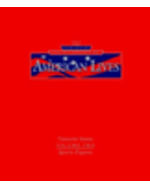