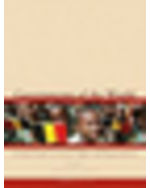 Governments of the World: A Global Guide to Citizens' Rights and Responsibilities, 1st Edition

U.S. elections, the introduction of democracy to Afghanistan, international refugee aid efforts -- such topics are in the news and classroom discussions every day. Governments of the World provides authoritative and up-to-date information on nearly 200 countries' institutions and forms of government.

This wide-ranging, multidisciplinary encyclopedia describes and analyzes how the governments profiled affect citizens in the daily exercise of their rights and responsibilities. Arranged alphabetically and richly illustrated, Governments of the World features biographies and historical surveys on different types of political systems -- such as constitutional monarchies, presidential systems, democracies and dictatorships -- as well as entries on the governments of particular countries and on supra-national entities, including the European Union. Topics include Transitional Political Systems, Immigration and Immigrants, Nelson Mandela, the United Nations, International Humanitarian Law, Political Party Systems, Indigenous People's Rights, Eleanor Roosevelt, Civil Liberties in Emergencies, Jewish Law, Women's Rights, Israel, Palestine and Iraq. Governments of the World provides a comprehensive overview of a topic that is central to high school and college curricula around the world, and, importantly, meets states' curriculum standards for civics coursework.

"Same-page definitions in the margins of terms (such as ethnic cleansing, guerilla, and republic) make the information more comprehensible, as does the glossary which is repeated at the end of each volume. In addition, each volume includes a cumulative index and a thematic outline of topics so that users can easily locate information on relevant persons, documents, legal issues, and concepts, as well as country-specific data and history, and teachers can plan correlated assignments. Recommended where budget, interest, and space warrant." --Booklist, April 2006