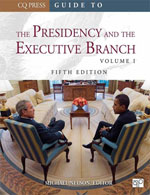 Provides a definitive resource for researchers seeking an understanding of those who have occupied the White House and on the institution of the U.S. presidency. This reference completes coverage of the George W. Bush presidency, the 2008 election, and the first 3 years of the presidency of Barack Obama.