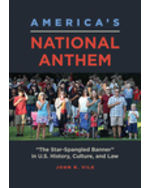 This reference work serves as a comprehensive resource for understanding all aspects of the national anthem and its significance in U.S. history and American life and culture. It covers the origins of the song and its selection as the nation's official anthem and acknowledges other musical compositions proposed as national anthems. It discusses famous performances of the anthem and details laws and court decisions related to its performance, and it also explains notable phrases in its lyrics, describes the meaning of the national anthem to different demographic groups, and surveys presentations and celebrations of The Star-Spangled Banner in popular culture. Moreover, it summarizes famous political protests undertaken during renditions of the national anthem, from the Black Power salutes by U.S. athletes during the 1968 Olympics to the kneeling protests undertaken by Colin Kaepernick and other NFL players to bring attention to racial inequality in America.