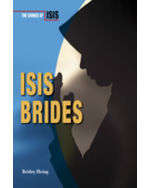 With the promise of glorious holy war and a wife, more than 20,000 foreign fighters flowed into Iraq and Syria, leaving the Islamic State hard-pressed to provide enough wives for the fighters. With the number of foreign women estimated at a few hundred, ISIS has turned to draconian measures like slavery, temporary marriages, and even child brides. Women captives of the group who managed to escape tell tales of terror and abuse despite the glowing promises of those who recruit women for the so-called Islamic State. This book explores the dangers for women and girls caught in the path of ISIS and how they're used by the group as both rewards for fighters and as warriors in their own right.