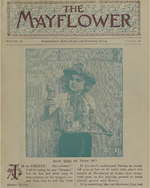 Sunday School Movement and Its Curriculum

Early in the 19th century various denominations and non-denominational organizations began to create Sunday schools in an effort to educate the illiterate, particularly children. By mid-century, the Sunday school movement had become extremely popular and Sunday school attendance was a near universal aspect of childhood. Working-class families were grateful for this opportunity to receive an education. Religious education was, of course, always also a core component. The Bible was the textbook used for learning to read. Likewise, many children learned to write by copying out passages from the Scriptures. A basic catechism was also taught, as were spiritual practices such as prayer and hymn-singing. Inculcating Christian morality and virtues was another goal of the movement. Sunday school pupils often graduated to become Sunday school teachers, thereby gaining an experience of leadership not to be found elsewhere in their lives.