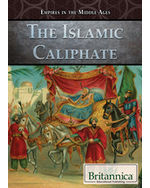 Throughout the Middle Ages, various empires reigned across Europe, the Middle East, and Asia that had a lasting impact on the world. This series details the rise and fall of these civilizations, the communication and relationship between those that overlapped, the lifestyles and cultures of the people who lived under them, and their accomplishments and contributions to art, religion, warfare, and other fields. From the Byzantine Empire's origins in 395 to the final collapse of the much-weakened Ottoman Empire in 1922, students will discover how these states influenced one another and contributed to history and culture. Features include: Emphasizes cross-cultural interactions and provides context to a wide range of historical eras. Interdisciplinary approach will engage readers interested in geography, politics, military, art, and religion. Conforms to social studies and history curriculum standards.