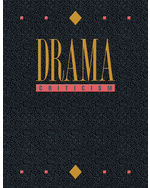 Drama Criticism assembles critical responses to the writings of the world's most renowned playwrights and provides supplementary biographical context and bibliographic material to guide the reader to a greater understanding of the genre and its creators. Each entry includes a set of previously published reviews, essays and other critical responses from sources that include scholarly books and journals, literary magazines, interviews, letters and diaries, carefully selected to create a representative history and cross-section of critical responses.

Although plays and playwrights are also covered in other titles from the Gale Literature Criticism series, Drama Criticism offers a greater focus on understanding drama than is possible in the broader, survey-oriented entries in those series. Clear, accessible introductory essays followed by carefully selected critical responses allow end-users to engage with a variety of scholarly views and conversations about poets and their works. Student's writing papers or class presentations, instructors preparing their syllabi, or anyone seeking a deeper understanding of the genre will find this a highly useful resource. 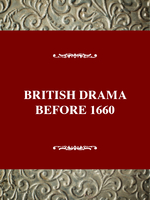