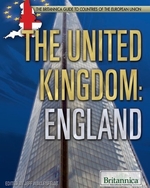 Despite its comparatively small size, England has been a nation of considerable stature on the international stage for much of its history. As the home of parliamentary government, William Shakespeare, and the English language, England has been an influential player in the political and cultural development of nations the world over. The story of England is captured in this compelling volume, which provides an overview of its rich past, remarkable present, and promising future.