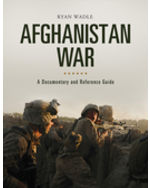 This carefully curated primary source collection includes more than 80 documents from the national and international participants in nearly four decades of conflict that led to the Afghanistan War. Readers will gain an understanding of the macro and micro costs of the war on the participants and the political, social, economic, and military factors that have allowed the fighting to persist. Authored by a former member of the Afghanistan Study Team at the U.S. Army's Combat Studies Institute, readers will gain special insight into the military dynamics of the war in Afghanistan and how the war has changed those who have fought in it. The book is divided into four chapters that cover the primary phases of the war in Afghanistan: The Soviet Invasion and Civil War, 1979-2001; Operation Enduring Freedom and Reconstruction Begins, 2001-2003; The Taliban Return, 2003-2009; and The Surge, Drawdown, and an Uncertain Future, 2009-2017. This structure enables readers to clearly understand how the war evolved and the most significant developments that shaped each period.