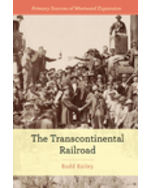 People today refer to the Midwestern and prairie states as flyover country. During the Civil War, crossing those areas was the biggest obstacle in uniting the East and West Coasts of our divided nation. An act of Congress in 1862 authorized the Central Pacific and the Union Pacific railroad companies to build a railroad that would link the coasts. Seven years later, on May 10, 1869, an overwhelmingly immigrant labor force completed the task when a rail line was join in Promontory, Utah. The states had become united at last.