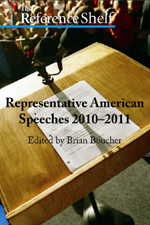 Throughout 2010 and 2011, Democrats, Republicans, and members of the newly formed conservative Tea Party clashed on a number of issues, ending hopes that the bitter partisanship of recent years might give way to greater national unity. Much of the debate centered on the federal budget, deficit and efforts to reduce both in the face of a persistently slow economy and high unemployment.