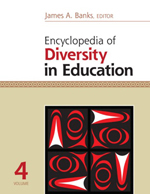 With 695 signed entries with cross-references and recommended readings, this encyclopedia presents research and statistics, case studies and best practices, policies and programs at pre- and post-secondary levels, mainly in the United States but also in nations around the world, all intricately connected.