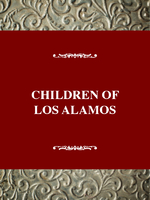 Oral History Series: Children of Los Alamos: An Oral History of the Town Where the Atomic Bomb Began, 1st Edition

Collectively the wartime children of Los Alamos---the children of scientists, of machinists and technicians from around the country, of construction workers from Texas and Oklahoma, and of Spanish Americans---constituted a microcosm of the United States. Katrina Mason gives readers a glimpse of what it was like to be the child of such luminous fathers as J. Robert Oppenheimer, Enrico Fermi, Edward Teller, Hans Bethe, and Kenneth Bainbridge at such an intense moment in American history. Her interviews also show what it was like to live in such a community when you were the child of a Spanish-American laborer or a machinist who'd brought his family over from a neighboring state. She explores how the children have dealt with their often conflicting feelings about their parents' involvement in the creation of such a destructive weapon.