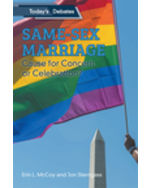 In 2015, same-sex marriage was declared legal in all fifty states by the Supreme Court. Today, more than two dozen nations around the world have legalized same-sex marriage. However, the debate about whether such marriages should be allowed still rages on, both in the United States and around the globe. In some countries, homosexuality is illegal and those convicted of homosexual acts can even face the death penalty. Some argue that same-sex marriage erodes the institution of marriage or oppose it on religious grounds, while others view the ability to marry as a fundamental right. This book delves into all sides of the debate with the aid of full-color photographs, sidebars, and a glossary designed to improve young adults' understanding of this complex topic.