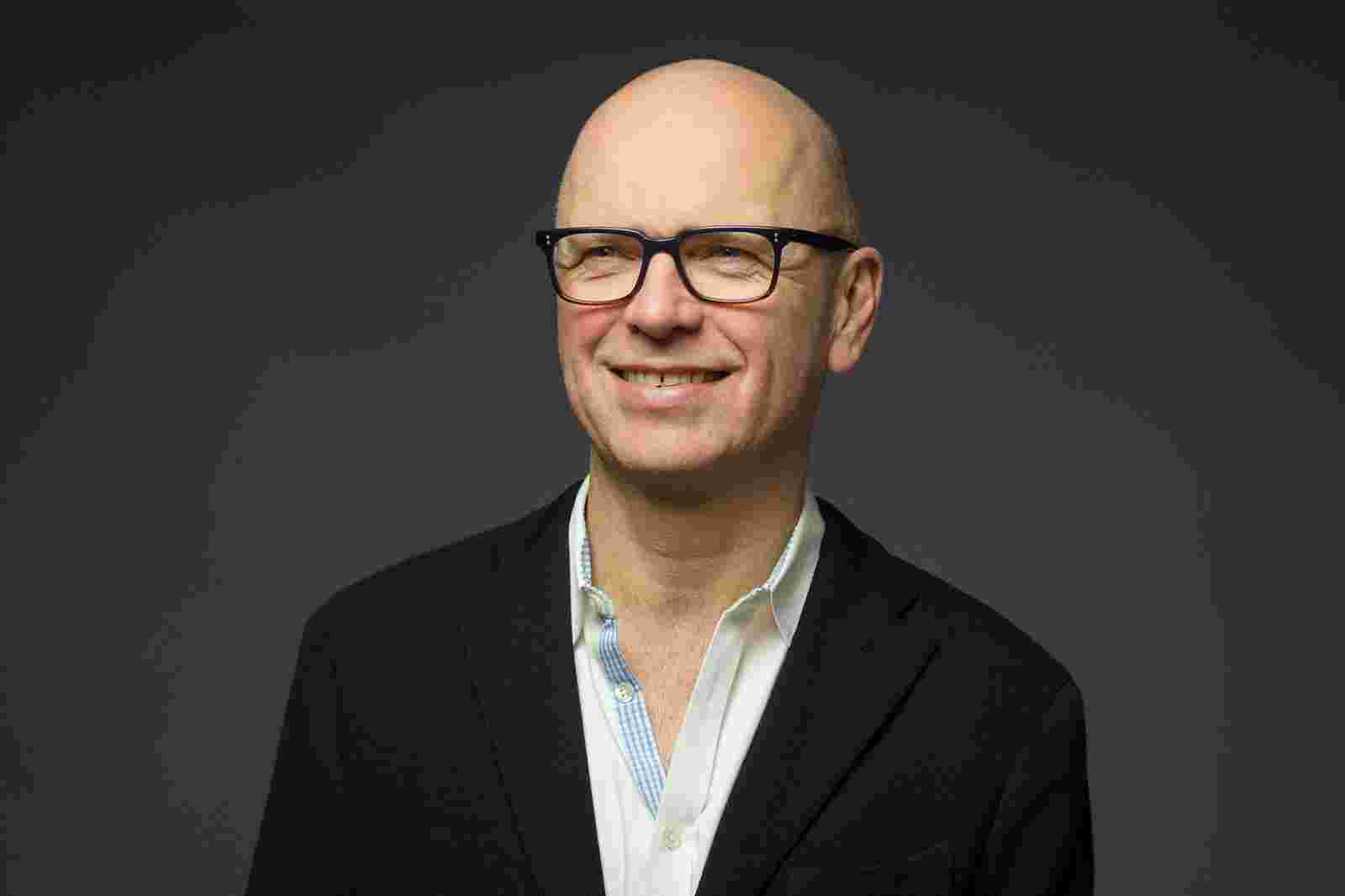 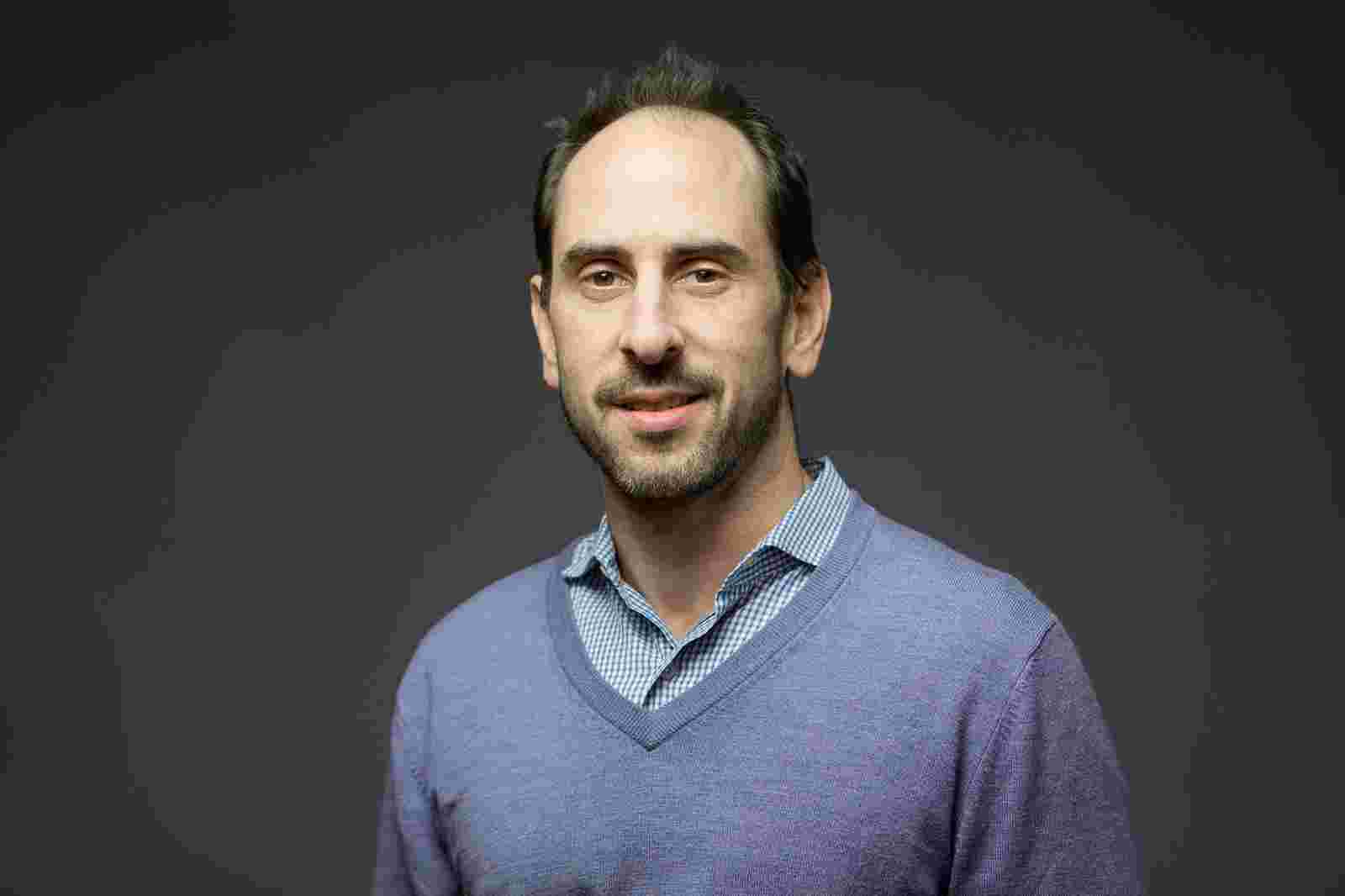 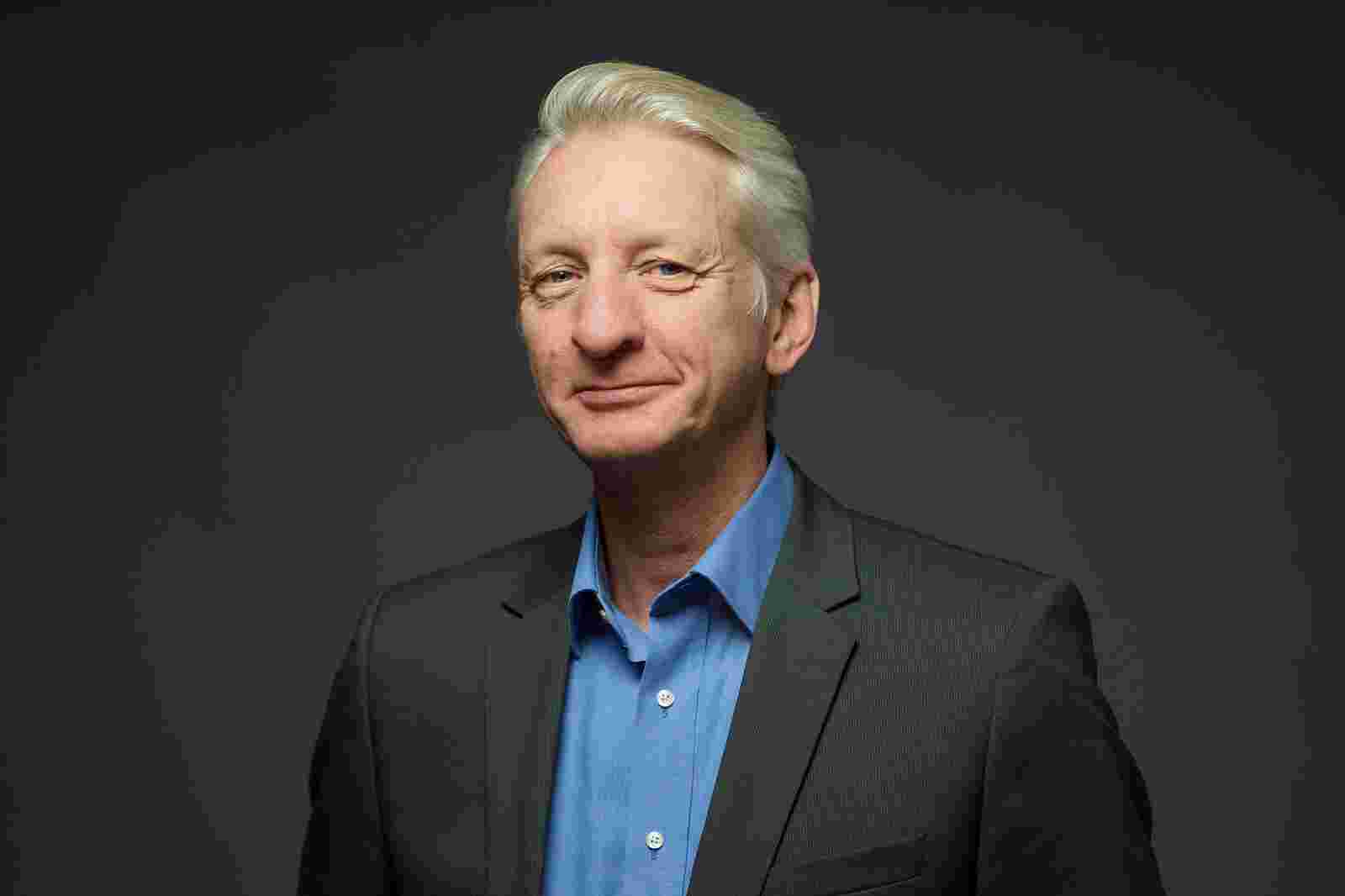 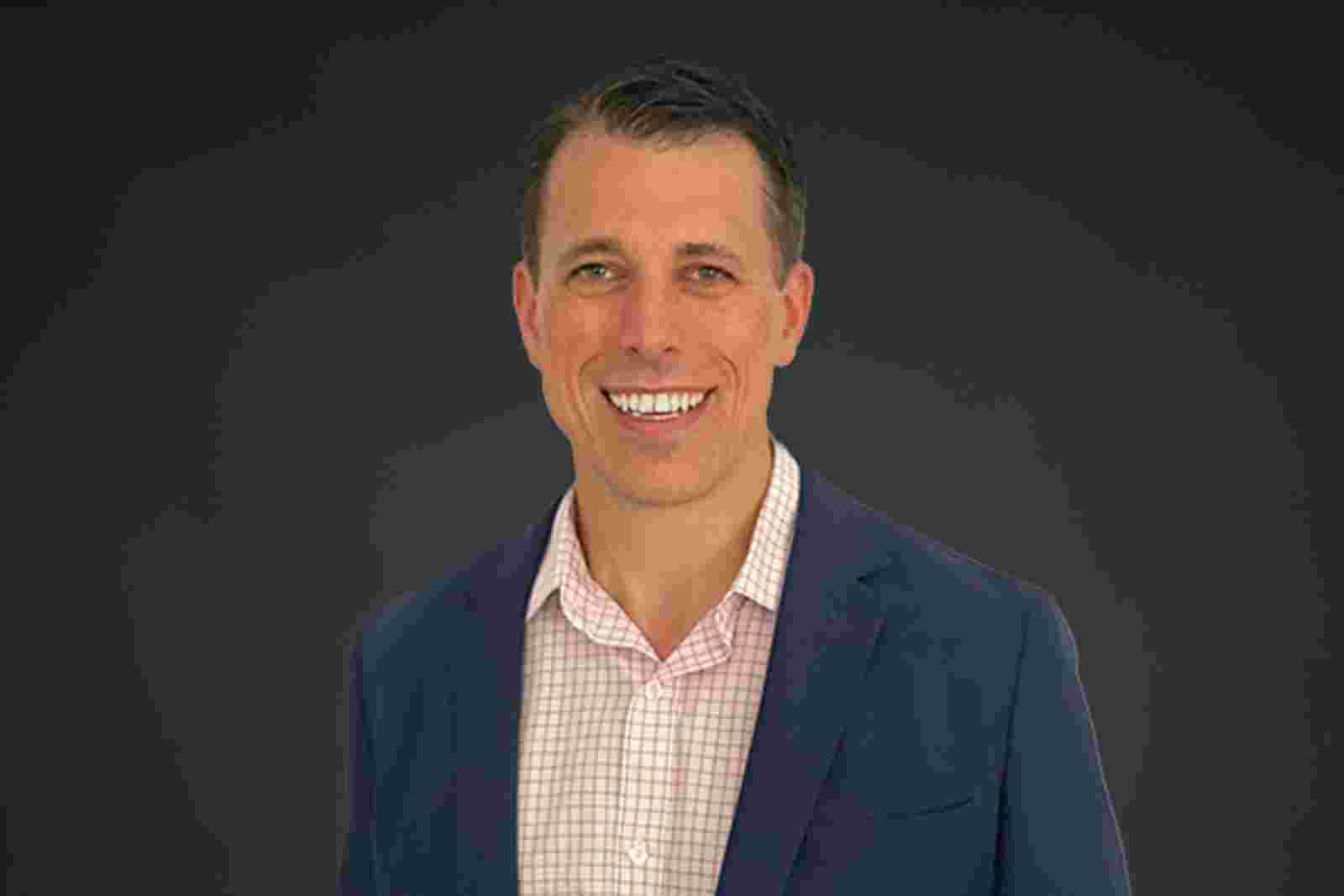 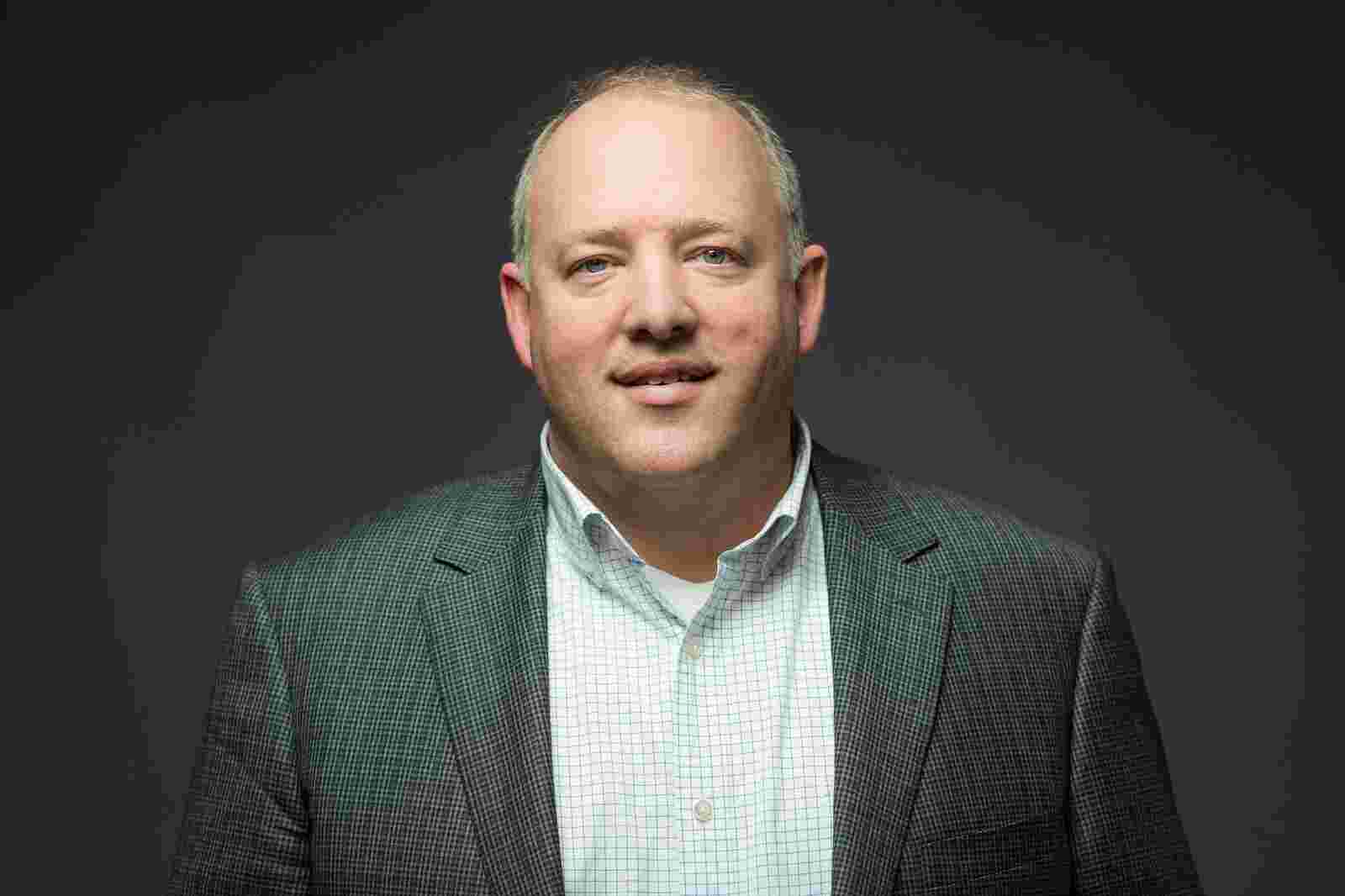 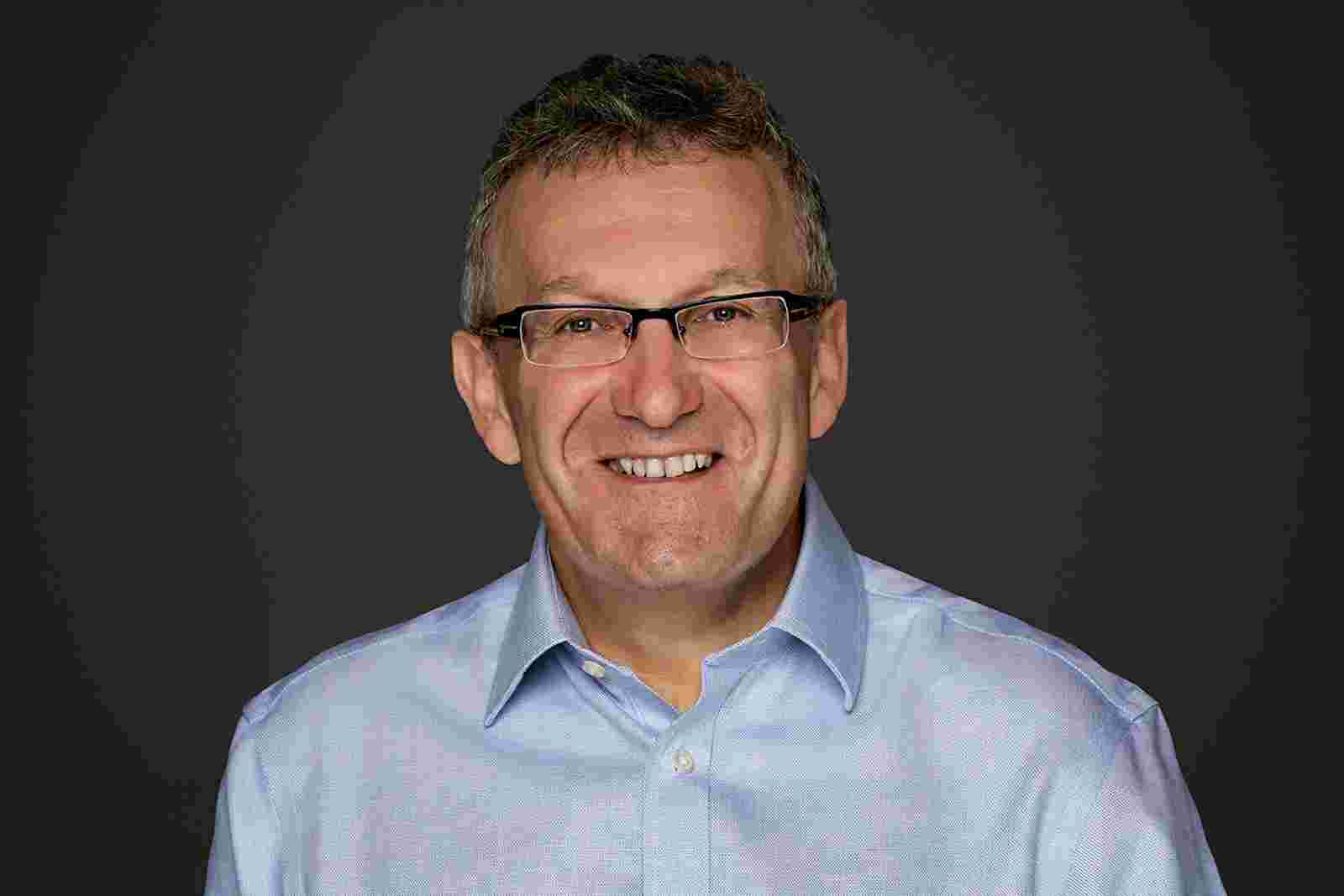 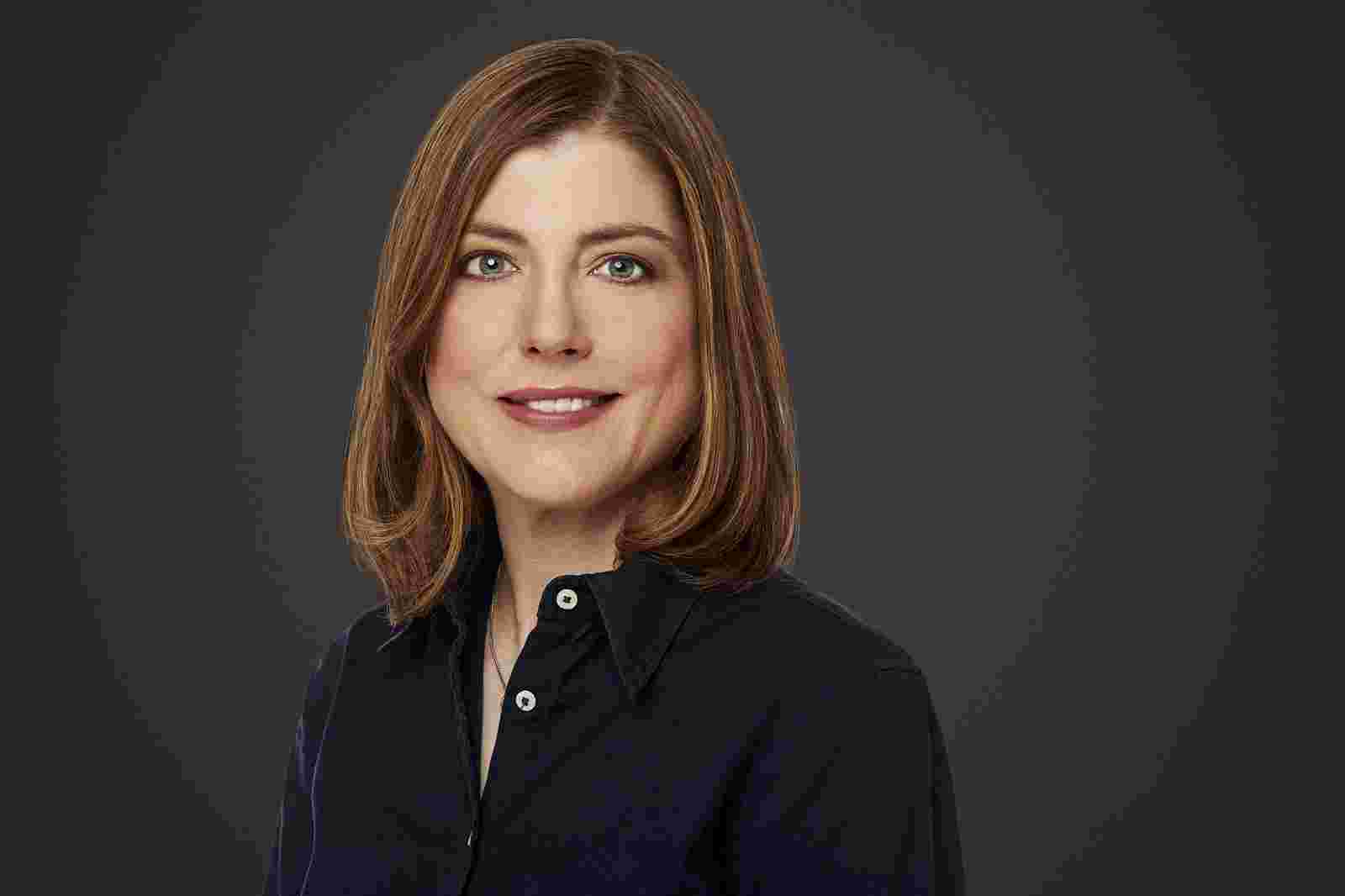 Michael E. Hansen became CEO of Cengage in September of 2012.

Under Michael’s leadership, Cengage has transformed from a print publisher to a company which today is creating some of the most highly rated digital learning products and platforms. Cengage serves learners of all ages, building confidence and momentum and driving measurable success and workplace readiness. Michael also serves as executive co-sponsor for the PRIDE Employee Resource Group at Cengage, an employee-led organization representing LGBTQIA+ employees and allies.

Michael has built a strong reputation for transforming businesses across many media and information sectors. Prior to joining Cengage, he served as CEO of Elsevier Health Sciences. During his tenure, he developed and implemented a successful print-to-digital transition and accelerated the development of new user-focused products. As President and CEO of Harcourt Assessment, Michael turned an unprofitable testing business into a growing and highly profitable enterprise. He has built a strong reputation for achieving results and driving sustainability through rapid strategic assessment, a relentless focus on measurable execution, and a keen emphasis on cultural change.

Earlier in his career, Michael served as Executive Vice President of Operational Excellence at Bertelsmann leading the portfolio transformation of this $20B global media company. Michael spent the first 11 years of his career with the Boston Consulting Group in New York, ultimately becoming Partner and Co-Chairman of the e-Business and Media Practice.

Michael was named one of Fast Company’s Most Creative People in Business in 2020 for his leadership in tackling the affordability crisis in higher education, with the introduction of Cengage Unlimited. Also, he was recognized by Glassdoor as a Top CEO as part of their Employees’ Choice Award in both 2018 and 2019.

Michael is currently a Board Member of John’s Hopkins Institute for Contemporary German Studies (AICGS) and ProPublica. He holds a Master of Law degree from the University of Bonn in Germany and an MBA from Columbia University in New York. He is based out of New York City.

Fernando Bleichmar is General Manager of U.S. Higher Education and Skills for Cengage. In this role, Fernando leads a cross-functional team focused on delivering affordable quality learning for students and driving the continued success of Cengage Unlimited – the industry’s first-of-its-kind subscription service for college textbooks and course materials. He also serves as an executive co-sponsor for the MOSAIC Employee Resource Group at Cengage, an employee-led group focused on empowering employees of color.

Fernando has dedicated much of his career to helping organizations successfully overcome barriers to deliver superior products and services. He is especially passionate about education transformation, stemming from his early exposure working with his parents’ higher education school in Mexico. He is committed to fundamentally improving the learning experience for faculty and students.

Prior to his current role, Fernando served as Chief Product Officer for Cengage, where he was responsible for Cengage product development and innovation. Before that, he joined Cengage in 2014 as Chief Strategy Officer, spearheading the company’s approach to data-driven decision-making and student-centered business models. He also formerly served as Chief Operating Officer at Altisource Technology Services and as Senior Vice President of Strategy and Business Development at Elsevier Health Sciences. Earlier in his career, Fernando worked at the Boston Consulting Group, where he specialized in information services and corporate development, and also served as COO and Advisor for Centro Eleia, a higher education institution in Mexico.

Fernando holds an MBA from Columbia University and a bachelor’s degree from the University of Pennsylvania. He is based out of Boston, MA.

Alexander Broich is the President of Cengage Global Businesses for Cengage. He is responsible for the growth and development of the company’s International Higher Ed, International School, English Language Teaching and Library & Reference businesses. He also serves as an executive co-sponsor for the MOSAIC Employee Resource Group at Cengage, an employee-led group focused on empowering employees of color.

Alexander brings more than 20 years of corporate and operational senior-level management experience, with a strong track record in building, growing and developing businesses in changing environments. His strategic planning skills and familiarity with intercultural business practices and communications have laid the foundation for a successful career in setting up and growing new technology driven businesses.

Prior to joining Cengage, Alexander served as the President of International at Pearson Clinical and Talent Assessment for five years. At Pearson, he drove the international business to double-digit growth, while significantly increasing profitability and expanding into new territories. He led the strategy development and implementation of the conversion from traditional print assessments into digital solutions and was a member of Pearson’s Innovation Board.

Earlier in his career, Alexander was the Senior Vice President of Corporate Development at Bertelsmann, Inc. for six years, where he implemented development strategies in China, England, Germany and France, among other duties. He also held management positions with Bertelsmann Online Ltd., Health Online Services Multimedica, Bertelsmann AG, and Headwork Consulting.

Alexander received his postsecondary degree in Germany and holds a PhD in Business Administration from Ludwig Maximilians University in Munich. He is based out of Boston, MA.

Prior to joining Cengage, Kermit worked in a variety of roles at KKR Capstone. Most recently, he served as Co-Head of KKR Capstone in the Americas and was a member of KKR’s Portfolio Management Committees for Americas Private Equity and Special Situations, and also led KKR Capstone’s value creation efforts for their special situations and credit investing platforms. Kermit has worked with numerous KKR portfolio companies globally, including Cengage, where he became an increasingly integral part of the organization by serving on its Board of Directors for more than two years. While at KKR Capstone, Kermit worked in New York, Sydney, Hong Kong, and Menlo Park. While based in Hong Kong and Sydney, Kermit helped to develop KKR Capstone in Asia and Australia. Before that, Kermit worked for Teach for America in St. Louis, MO, and McKinsey & Company in Boston, MA.

Kermit holds a B.A. and B.E. from Dartmouth College and an M.B.A. and M.A. Ed from Stanford University. He lives in Darien, CT. He is currently a member of the Board of Trustees at The Linsly School in Wheeling, WV.

George Moore is Chief Technology Officer for Cengage. In this role, he is responsible for shaping Cengage’s long-term technology vision and driving innovation across the company. George also serves as an executive co-sponsor for the Women in Technology (WiT) Employee Resource Group at Cengage.

With a passion for revolutionizing the education and publishing industries through the use of technology, George spearheads strategic partnerships and collaborations with faculty and students to drive a student-centric model of digital innovation. Driven by this focus on student success, George leads integrated teams of technology and education experts to work side-by-side to deliver cutting-edge digital innovations through technology platforms and tools. Under his leadership, Cengage’s MindTap learning platform has emerged as the company’s flagship technology.

Prior to joining Cengage, George served as Chief Technology Officer of Elsevier Health Sciences, where he was instrumental in developing ClinicalKey. Before that, George served as the SVP of Product Development for Thomson Reuter's Healthcare organization and has also held various roles with a number of commercial software companies. Most prominently, he was VP of Product Development at Liquent, where he led the company’s efforts in defining how pharmaceutical companies would develop their information management systems that support drug discovery and approval.

In 2019, George was recognized by the Boston CIO Leadership Associate as Boston CIO of the Year Global ORBIE® Award.

Bob Munro is Chief Financial Officer for Cengage. In this role, Bob is responsible for leading all parts of the company’s finance function, including financial planning and analysis, financial reporting, accounting and control, treasury, tax, internal audit and investor relations. Bob also serves as an executive co-sponsor for the PRIDE Employee Resource Group at Cengage, an employee-led organization representing LGBTQIA+ employees and allies.

Bob is a highly respected financial executive with global experience in the education, financial services and healthcare sectors. Across the organizations he has served, Bob is reputed as a motivational leader who fosters a collaborative, engaging and strategic environment for his teams, while also positioning the finance function on the front lines as a critical business partner.

Prior to joining Cengage, Bob served as CFO at Callcredit Information Group, a credit reference agency and risk information solutions business, where he led the successful finance strategy for the sale of the PE-backed business to TransUnion in June 2018. Previously, he held numerous senior financial positions with RELX (formerly Reed Elsevier PLC) including CFO of Elsevier Health Sciences, Director of Business Performance, Director of Business Control and Group Chief Accountant. Bob began his professional career with Price Waterhouse, where he qualified as a Chartered Accountant. He is also a member of the Institute of Chartered Accountants in England and Wales.

Bob earned a degree in physics and microelectronics from the University of Essex. He is currently based out of Boston, MA.

Laura Stevens is the Chief Legal Officer for Cengage. In this role, she is responsible for providing legal support for Cengage's business operations, and she oversees the company’s Global Anti-Piracy program and Intellectual Property Acquisitions and Granting functions. Laura and her team provide legal advice, contract negotiation support, dispute management and legal operational support for Cengage's content licensing and acquisition activities.

Laura believes that transparency is essential for collaboration. With this in mind, she has aligned the Legal team to form deep synergies and equip the group to take on the challenges of an evolving business. This forward-thinking approach helped enable the launch of Cengage Unlimited and propel the company’s rapid print-to-digital transformation. Laura also founded Cengage’s privacy office, creating industry-leading preparation and standards for responsible data stewardship. Laura also serves as the executive sponsor for inclusion and diversity efforts at Cengage, and an-executive co-sponsor for the Women in Technology (WiT) Employee Resource Group at Cengage.

Laura joined Thomson Learning—now Cengage—in 2003 as Publishing Counsel. Since then, she has held multiple positions within the Legal division, including Assistant General Counsel and Senior Vice President. Prior to this, Laura was an attorney at Brown Raysman in New York City.

Laura earned a BA in Art History and political science from the University of Rochester and subsequently a J.D. from Columbia Law School. She is based out of Boston, MA.